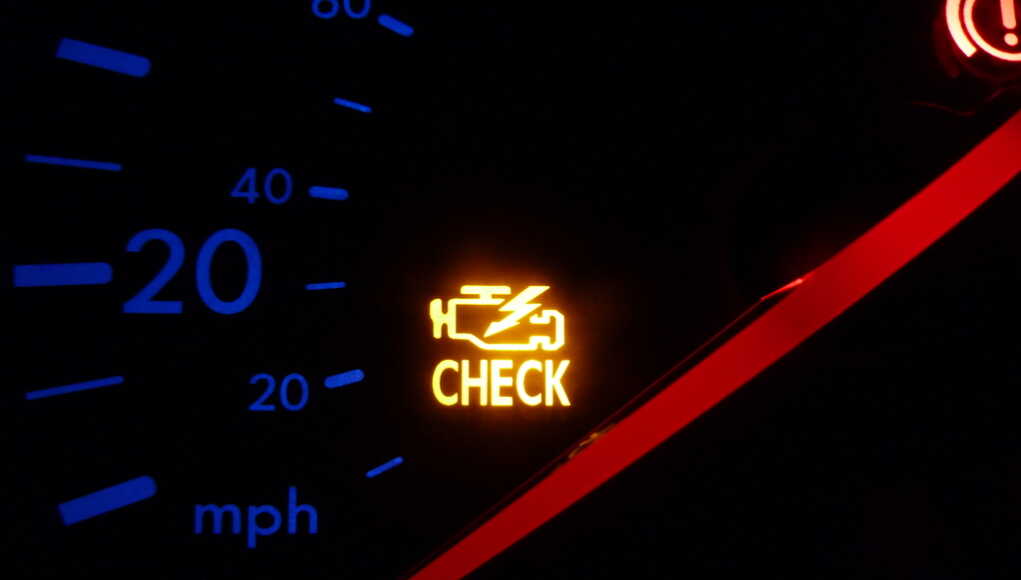 You’re driving your car, and suddenly a “check engine” light starts flashing out of nowhere. Well, one thing is clear this isn’t a good sign for you and your car, trust me. If you’re in such a state, then going to a mechanic is the first thing you should be doing because when engine light only flashes, it shows a major problem that needs to be fixed right

away otherwise it ends up damaging your car’s engine. The following are some problems that this flashing might be indicating.

This problem is one of the most common issues which can cause the flashing. Dumping of the unburnt fuel in the car’s exhaustive system by the engine causes this to happen, and it raises the temperature of the catalytic converter. Too much raise in temperature causes serious damage and might even light the engine on fire. It heavily damages the engine. There are three reasons for this misfire to happen which are listed below.

A part of the vehicle’s ignition system is the ignition coils which are electronic engine management components. Ignition coils are responsible for generating engine spark, and faulty ignition coils may cause the light to blink.

A Problem with the Oxygen Sensor

Oxygen level is used to determine the required air/fuel ratio in the cylinder, which is given by the Oxygen sensor. In the case of any fault, there will be a disturbance in the ration, and when there is more fuel, the engine won’t be able to burn it all causing the dumping of the fuel in the exhaust.

Spark plugs are meant to be changed regularly and are a part of regular maintenance, and a burnt spark plug may cause the flashing of the light.

Ignition wires are also referred as to spark plug wires that are responsible for carrying the spark necessary for the engine to operate or to turn on. Any issue in these wires will lead to problems in the engine and ultimately affect the performance of the engine. Flashing of the check engine light might also indicate this problem.

Crankshaft sensors monitor the position, or rotational speed of the crankshaft and these both are two of the most important parameters in the engine management calculations. Any problem in this may cause the engine to stop working in many vehicles because its failure causes it to send wrong signals, ultimately causing the stoppage of the engine and flashing of the check engine light.

Issues with the Electric System

The issue in your electric system can be a major problem, and the engine might not crank properly because of this issue. And if there is an issue in cranking it causes the check engine light to flash.

It may also cause the engine to heat up and ultimately causing the engine light to flash.

A clogged fuel filter may result in the ignition difficulty or complete stoppage of the engine. It is also one of the main causes of the Engine misfires which we have discussed earlier. It heavily damages the engine if taken for granted and it is suggested to change the filter regularly.

Also, Check out the 8 Causes of Engine Knocking Sound in Your Car. Stay tuned to Cars Enthusiasts Pakistan for all automotive related blogs.