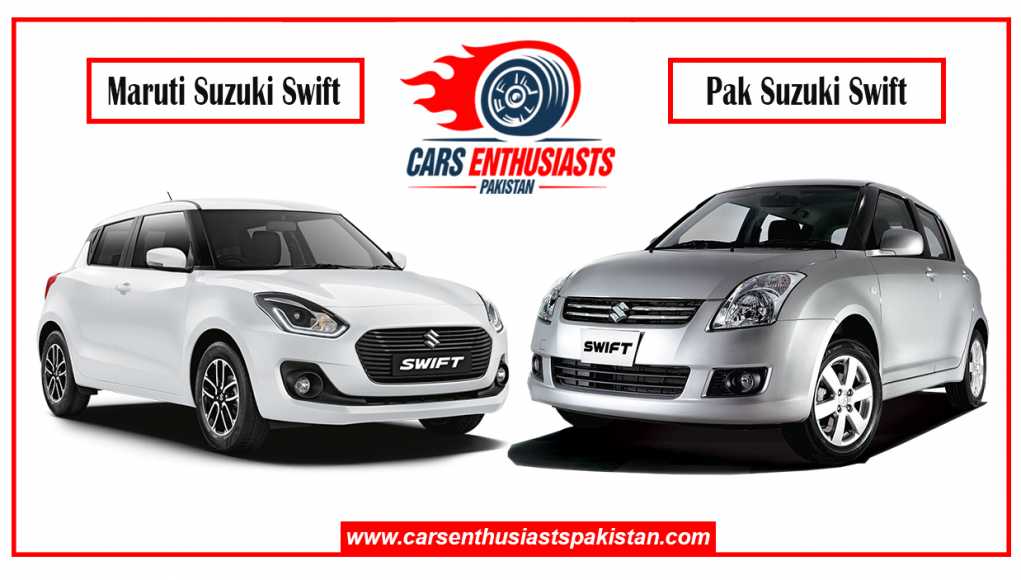 Pakistan and India have been rivals from the very beginning. No matter if we are talking about sports or any other field, there is always a comparison between these two countries when it comes to determining who the best is in the given matter. So, now when it comes to the automobile industry, a question arises whether the Indian Maruti Suzuki cars are better or is it the Pakistani Pak Suzuki automobiles that dominate this comparison. Here we will be going over Pak Suzuki Swift vs Maruti Suzuki Swift and then we will see which one of these is actually better than the other.

Brief details about both of these cars are given below:

Suzuki Swift is one of the very popular cars used in Pakistan. The first generation of Suzuki Swift was launched by Pak Suzuki in Pakistan in the year 2010. It is a subcompact car and it has a unique exterior design. Suzuki Swift comes in two variants; DLX Navigation & DLX Automatic Navigation. All variants of Suzuki Swift feature identical styling in every aspect.

Standard features of the DLX Navigation include air conditioning, power windows, power steering, power lock doors, navigation, ABS, tachometer, front fog lights, allow wheels and stereo speaker audio system. It has a spacious interior and the front and rear rears are upholstered with fabric making the interior comfortable. Even though Suzuki Swift is a subcompact car but it has sufficient legroom and boot space for a hatchback.

It comes with a 1.3 Liter DOHC 16 valve with 4 inline cylinders engine which makes 92bhp@5800 RPM and a displacement of 1328 cc. Pak Suzuki Swift is available in a 5-speed manual and 4-speed automatic transmission system. It gives a mileage of 10 KM/L in city and 15 KM/L on the highway and has a top speed of 180 KM/H. It has a seating capacity of 5 people and a fuel capacity of 42 liters.

So this is all about Pak Suzuki Swift vs Maruti Suzuki Swift. For more, Stay Tuned to Cars Enthusiasts Pakistan for all automotive related news. Also, check out the comparison of Pakistani Suzuki Cultus vs Indian Suzuki Celerio