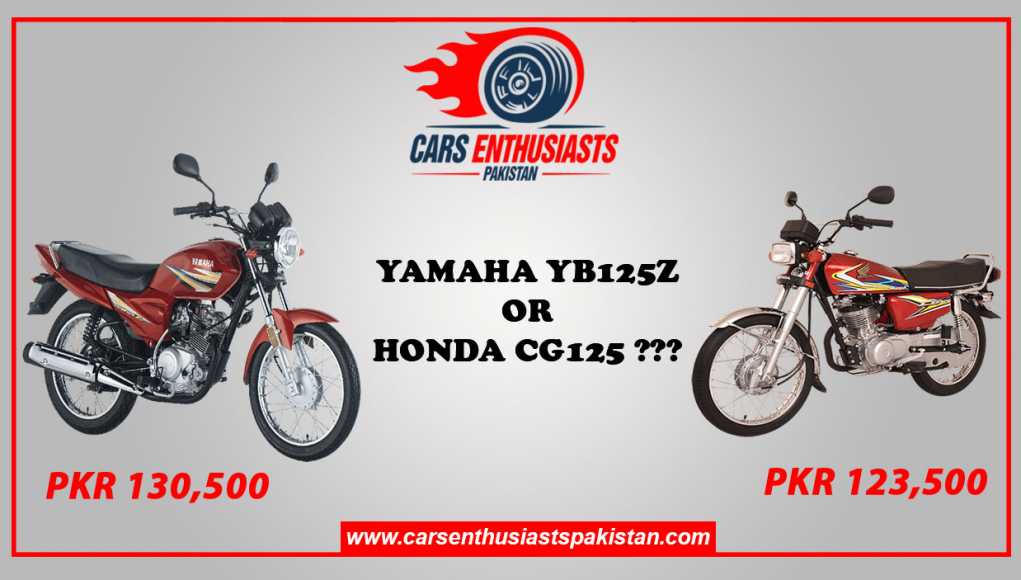 Honda CG 125 vs Yamaha YB 125Z are the most commonly used bikes on the streets of all the cities of Pakistan. People love these two bikes as they are not too expensive and yet they are equipped with really powerful engines. Yamaha YB 125Z is giving a good competition to Honda CG 125 since its launch in Pakistan. Although both of these bikes are packed with a powerful engine of 125 there are some differences among them. The following are some details and some of the key features of both bikes so that you can compare both and select the best one according to your needs.

Honda CG 125 has been in production and transformation since 1976 and customers love its performance. It was originally manufactured in Japan and stayed in production until 2008. It’s still in production in Pakistan by Atlas Honda Ltd. The CG 125 is powered by a 125 cc , overhead-valve, and single-cylinder engine. It has a fuel capacity of 9.2 liters. It gives a fuel average of 35-40 KM/L. The price of CG 125 is 123,500.

Yamaha YB 125Z was given a simple design so it can become a part of the conventional market of local consumers. Yamaha YB 125Z has the same engine as the Yamaha YBR G 125 and Yamaha ESD. Yamaha YB 125Z gives you a comfortable and smooth ride due to its powerful shocks. It has a fuel indicator and shows the rpm in the speedometer. The disk brakes have been removed in this model to make it more economical and . It has a 5-speed transmission and fuel capacity of 13 liters. It is powered by a single cylinder air cooled 125 cc engine. It comes with an electric start option as well as the kick. It gives a fuel average of 50-55 KM/L. The price of YB125Z is 130,500.

So this is all about Honda CG 125 vs Yamaha YB 125Z. For more, Stay Tuned to Cars Enthusiasts Pakistan for all automotive related news