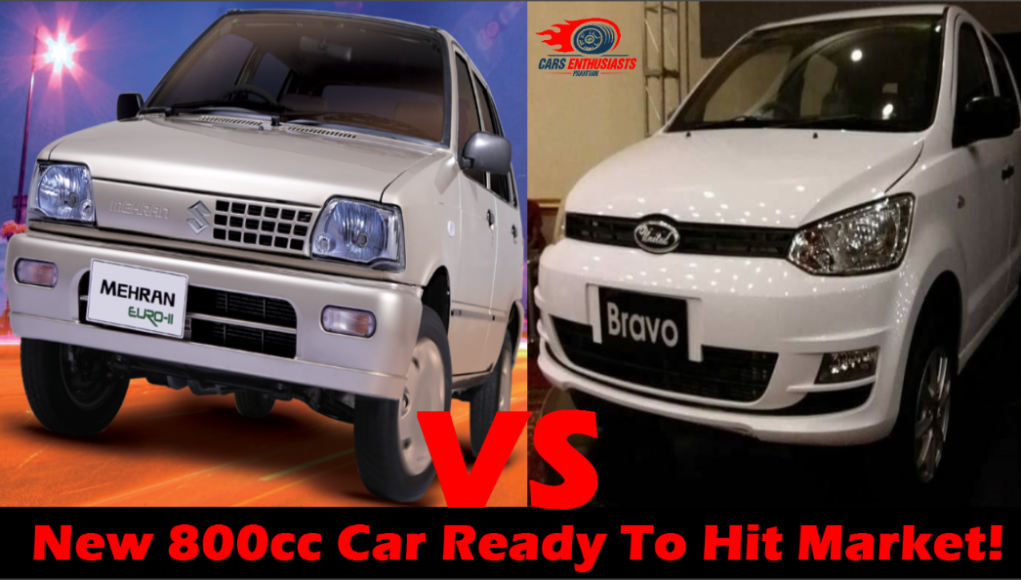 Both cars have their own pros and cons and only the user can decide which car is better suitable for their use.

Following are some of the features and details of both Suzuki Mehran vs New United Bravo:

Suzuki Mehran is being manufactured by Paksuzuki and assembled in Pakistan since 1988. It has a 796 cc Efi engine (Euro II) with three cylinders and a manual transmission system. (4 forward, 1 reverse). It has a top speed of 140 km/h. Suzuki Mehran has a manual steering. It has 30 L fuel capacity. It has disk brakes at front and drums for rear. It gives EFI mileage 20+ KM/L on highway and 15 KM/L in city.

So these are a comparison of Suzuki Mehran vs New United Bravo. Stay Tuned to Cars Enthusiasts Pakistan for all automotive related news.